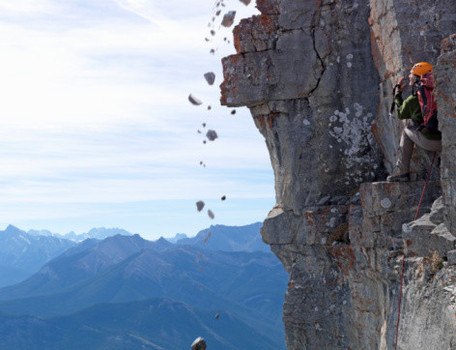 After almost 15 years of consulting nonprofits, K-12 schools, and government agencies across the United States and Canada, last year I took a position coordinating a dropout prevention program in the Pacific Northwest. Hungry to examine a different support system for youth I wasn't familiar with, I chose this program because it supports young people ages 14 to 24 who are re-engaging in school, training, and the workforce.

Since then, I've had the privilege of partnering with dozens of agencies serving thousands of youth. Meeting young people of all ages, working with seasoned and new youth workers and agency leaders, and learning new insights into youth disengagement and dropout have highlighted my experience so far.

For all my years of consulting, I've focused on youth engagement in communities and student voice in schools. I learned a lot through my research and practice, and from colleagues across the nation and around the world. However, I've had many new lessons in my current position, too.

So many people are working so diligently to engage youth in society, or re-engage them in culture-building activities, completing school, getting training, finding employment, recreation, or civic engagement activities. So why are youth still making the conscious choice to leave these programs? Here are six reasons youth disengage.

These six reasons have sunk into my skin slowly, because I've done these things too, whether inadvertently or on purpose. However, I believe its our responsibility as ethical practitioners—youth workers, teachers, social workers, government officials, and community leaders—to respond to the need for authentic youth engagement.

What steps can you take to ensure youth stay in schools and our community programs?

I'm glad you were provoked in a good way, Hazel! I have always appreciated your thoughtfulness about my posts...

You are absolutely right about that deficit language, which permeates a lot of our education and social service systems. The incapacitating nature of these words have permeated a lot of our realities, forcing even the best-meaning of us to acquiesce to the negative thinking behind them. Alas... Your analysis uncovers the dark reality that this language often hides the realities facing the people involved! (I think that's by design.)

I think we're in alignment considering the social contract. However, my constant question is the transparency and accessible of conscious decision-making in relationship to the "agreed upon order." As adults, we constantly make that choice for children and youth, compelling them to fulfill our expectations without their understanding or acceptance of the terms of the social contract. I don't have a lot of use for conversations about anarchism or anti-conformity; however, I think its essential that we address conscious, deliberate, and intentional choosing, whether through mindfulness or what Paulo Freire called conscientization. I think we can agree that what its called isn't as important as doing it.

As a world society, I'd argue that we're on the edge of massive social intransigence, a collective abandonment of the common good. We've become so privatized and monetized that we're becoming incapable of seeing beyond our personal benefit towards the social good affecting all of us all the time. Only through massive, rapid, and deep transparency can we motivate, incentivize, and activate the collective consciousness for the social good.

Perhaps its not that we're either all in or all out, social or personal, collective or individual. Instead, we may be living in the ambiguous middle ground between all of those. I also believe that as a society, we're wholly incapable of wholly disengaging from the social structures surrounding us, whether other people care or not. Even the most apathetic people have things they care about, likely deep within themselves.

Also, I do agree with you: In a democracy, we're compelled to constantly create and recreate, propelling ourselves and our society forward into the future. However, I believe we're at the point of disjuncture where so many citizens are so disenfranchised that we're on the verge of losing the democracy that has brought us this far. The United States Chairman of the Federal Reserve recently said she's not sure if this country has become an oligarchy. That's a genuinely frightening place, and not one that's conducive to complacency! However, that's precisely what many people are choosing: Rather than activate, we procrastinate and recreate, looking to ease our minds of the cumbersome workloads we assume rather than rallying to create change. This disengagement actually necessitates an oligarchical situation, not only allowing, but rather, compelling the privileged to take care of society for the masses, vis-à-vis noblesse oblige. The social construct practically mandates it!

Rather than missing something, you've actually illuminated a light on the crux of the matter: We're genuinely disincentivizing young people from becoming engaged throughout society by continuously disenfranchising their democratic responsibilities and inherent capacities to be engaged citizens.

So, as for your questions...

Let me know what you think Hazel! Like I said, you're an excellent thinking partner!

Look forward to hearing what you think :-)

What I'm running here is actually a dropout re-engagement program designed to bring youth who've left school early towards getting their graduate equivalency diplomas, some kind of workforce training, and/or in a post-high school graduation setting. Its a federally mandated program that has little depth of substance, but drives money towards these students. I'm working on re-imagining this region's efforts, many of which are rudimentary and of low return-on-investment for the dollars spent. Ah, the nonprofit industrial complex, hard at work!

Would be great to hear more about the dropout prevention program in the Pacific Northwest, and what that constitutes :-)

One thing that struck me is that the language, such as drop out, often used to describe youth that aren't conforming to the expectations of society is woven through with deficit thinking. A decision not to continue in a programme might be a really positive one, but the term to 'drop out' is packed with negative connotations.

I am also struggling to balance some of the concepts you mention and suggestions you make. It's tough to put it into words, in part because some of what I am thinking falls in a grey area between how I feel learning opportunities might be, and the necessity of some sort of agreed 'order' in society(ies). Is there terminology in use that doesn't also suggest non-conformity, but does capture a sense that a particular approach isn't working for someone?

I would suggest that human beings are, on the whole, social beings. Therefore, at the very least there is likely to be a tacit understanding that living in a community has a number of benefits - as well as drawbacks. If it is accepted that for a community / society to 'work' there needs to be some underlying principles that the citizens agree on, then, what happens when enough of the citizens stop agreeing...or get to the point where they abdicate the responsibility of caring about these underpinning principles?

I am not suggesting that these principles are set in stone - and indeed, for society(ies) to be healthy, I feel we all need to constantly question and re-shape these principles. The thing I am grappling with, if enough citizens decide to dis-engage, what happens to the structure of society(ies)? And if we are part of the current society and economy, is it not part of the 'agreement' that we should feel some sort of responsibility to contribute to it? (Or am I missing something really obvious! Or is this part of my own learning journey? :-p)

Please don't get me wrong...I really do feel we have to get away from "standardized testing, mandatory evaluations, prescripted youth programs, and byzantine policies". I'd like to pose the following questions though:

Look forward to hearing what you think :-)