Being a connected student - my learning experiences with technology.

This month Hazel asked me to do a reflective piece about my own experience as a connected student. When I first started brainstorming the things I could write about, I found it unexpectedly difficult. On further reflection I put this down to the fact that technology has become something that is so absolutely ingrained in my life, and my education, that I almost don't notice or appreciate it anymore. So having this chance to truly analyse how technology has, and continues to,…

Consider These Aspirations from School Administrators in Texas

I noticed that the TASA http://www.tasanet.org/ was having a convention in downtown Dallas. I did not know what that stood for so I looked it up and came on this document that I thought might inspire, challenge and encourage those of this community.

The highlights of the document are in this blog post. The link to the full text is here …

This blog post was written by Glenys Henry (whose bio is below). Glenys is currently working with Emirati women who are enrolled on the Bachelor of Education Programme at Dubai Women's College in the United Arab Emirates.

Innovation is great isn’t it?

I mean it fires up the brain cells, gets the creative juices going and tests how many hours there actually are within a day!

I can't say enough how much I value the work of researchers, Bolstad and Gilbert et al who wrote the report for the Ministry of Education on "Supporting future oriented learning and teaching".
The report focuses on…

Minecraft is a term more and more frequently heard in education in New Zealand and overseas. I was introduced to Minecraft about 3 years ago by my oldest son who abandoned his Lego for Minecraft. But where's the learning in this? 27 educators plus some lovely minions = students explored just that on the weekend at …

“If change is happening on the outside faster than on the inside, the end is in sight” - Jack Welch.

Although this quote was originally about the world of commerce, and how organisations must constantly transform to keep up with an ever-changing world, it equally applies to us, as humans.  We easily get stuck in old patterns of…

Here we are in the penultimate week of term and life is increasingly chaotic.  Enjoy the final days as you head towards the spring holiday…

Farah: A Scenario of a Pre-Literate Learner

I shared this first in 2011, but felt it was worth dusting off out of the archives. Hope you find it useful.

This document contains a hypothetical scenario of a pre-literate learner that demonstrates 1) how a learner might be inducted into an online course (in this case English Language Learners In New Zealand (ELLINZ) online); 2) how she would progress through the units; 3) the scaffolding and developmental nature built into the design of the ELLINZ online course; and 4) how she…

From the eLearning Watch: Emerging Practice in a Digital Age & mLearning InfoKit

Richard Elliott has a wonderful resource that he labours every month called the eLearning Watch (which you can subscribe to here), in which he selects a range of emerging trends,…

Don't have the technology in your classroom? Some tips on BYOD

For many teachers the lack of technology in their physical classrooms is the biggest hurdle to engaging students in active learning online. I, like so many public school teachers, do not have any technology in my classroom beyond my desktop and a roll around transparency machine. If I want to get students researching, problem solving and collaborating using technology, I have to leverage the mobile devices they bring into the classroom.

3 of My Favorite Mobile Apps

For many teachers the lack of technology in their physical classrooms is the biggest hurdle to engaging students in active learning online. I, like so many public school teachers, do not have any technology in my classroom beyond my desktop and a roll around transparency machine. If I want to get students researching, problem solving and collaborating using technology, I have to leverage the mobile devices they bring into the classroom.

Fourteen top tips: The perks and pitfalls of social media in business

Have you been using Google Classroom?

Google Classroom is the new kid on the block, perhaps offering a (currently free) option to Teacher Dashboard. I have explored Google Classroom, and have spoken to a couple of people who are using it, but I would love to hear more from folk who are using it a lot with their learners (of any and all ages :-p). What do you think of it (overall impression)? What do your learners think of it? Any really positive…

Consider This an Online Tool for Vocabulary Building, Reading and Writing

I just bumped into this because I was seeking a synonym here http://thesaurus.com

I also use this site to clarify definitions and spelling here  http://dictionary.reference.com/
Their flash card facet has been upgraded to this http://dynamo.dictionary.com/
It says it will help with…
Continue

No bells or interruptions to learning times.... I was in downtown Dallas, Texas.

I had walked across the street.

There at the corner I noticed the three different projects.

There was the asphalt of the street.

There was the concrete of the curb.

There were the bricks of the sidewalk.

In this section of downtown many sidewalks and streets use bricks.

Social curation: Its implications for learning and formal education

From the awesome Joyce Seitzinger (@catspyjamasnz) is a visual feast that helps capture some of the key concepts of social curation, online identity, and what these can mean for learning going forward.

The implications for formal education are fundamental...as Joyce observes "I don't think that education is about centralized instruction anymore" (Slide 10).…

Here are simple guidelines with a brief article. (You might need to register to read the whole article.)

Here are the headings:

2. Is a lifelong learner.

4. Can teach and assess all levels of…

Teachers open the door; but you must enter by yourself. 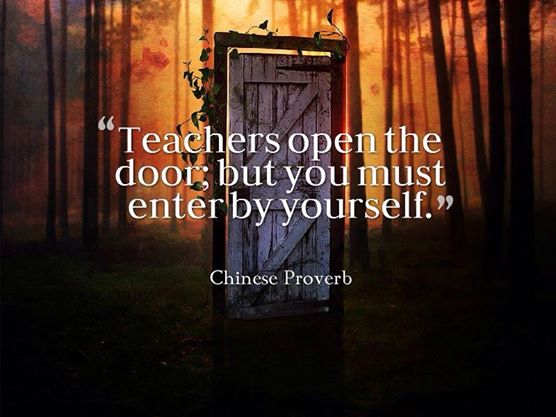