I listened to Lynne Silcock* last week talking about Universal Design for Learning (UDL). There are a few misconceptions around UDL with probably the most common one being that it is only for students with "special needs". The U in UDL however stands for universal,…

This powerful post was shared by Manu Faaea-Semeatu, where she looks at a poem called "Voice" that she wrote last month and featured on her blog. Would be awesome to read your thoughts and reactions.

Manu writes" The principal of Holy Family School in Porirua - Chris Theobald (@The0bald) reached out to me on Twitter to ask if he could film two students reciting the poem. Enjoy!"…

Teachers are doing it for themselves - PLD that is!

New Zealand teachers are recognized as a body of passionate professionals; enthusiastic to learn, eager to share and most earnest in their quest to affect student learning for the best. The link between teacher actions and outcomes for students has long been recognised - in particular, when educators engage in reflective inquiry into their practice, this can result in positive outcomes…

Pakirehua: Teaching as Inquiry with a Māori world view

The wonderful Tessa Gray shared these resources from the VLN community (http://www.vln.school.nz/discussion/view/936912). I would like to on-share them here as I feel they are incredibly valuable.

Tessa writes: "Yesterday we had the privilege of hosting Tammy Gardiner and Marama Reweti-Martin (Te Toi Tupu) in a webinar about…

How to get 'fun' back into education 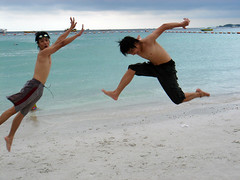 A rich and engaging resource created in Prezi by Maria Andersen (which really models some of the potential of the platform, and adds a certain texture to the 'message'). You could skip through this presentation, or spend hours exploring the multimedia (look out in particular for the…

The benefits of reciprocity in mentoring

Simon Sinek answers, in this video, the question "at this moment in your life, where are you seeking advice and coaching?" Sinek notes how he is taking an approach to better balance mentor-mentee relationships in his life. Specifically, he chooses to mentor someone only if it is a reciprocal relationship, i.e. the mentee also plays a mentor role and vice versa.…

"Material matters for learning in virtual networks: A case study of a professional learning programme hosted in a Google+ online community" by Aileen Ackland and Ann Swinney …

Some of the benefits of peer coaching for teacher professional development

Recommended by Greg Carroll, this video has some real gems about the benefits of peer coaching to move beyond advocacy into inquiry. The speaker talks of how teachers working and planning together, while also offering support and asking questions, impacts teaching practice in ways that generic workshops don't. Also important was duration. Because the programme works over an extended period of time, there is time to trial, reflect and evaluate, then to tweak, and trial again.…

Are you seeing and hearing a bit of a backlash against the use of digital technologies in our society?…

Involved or engaged: What's the difference? 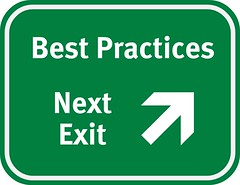 A topic that seems to be gathering momentum in education at the moment is whether parents and communities should be involved...or engaged in their children's learning and place of learning.

Have a look at my Inquiring Mind blog…

A mentoring movement for different thinkers

Many learners are working with Dyslexia, ADHD, and other challenges that make it tough to learn in current education systems that are often designed to meet the needs of the 'average' student. (I'm not convinced that such a person exists, but that's another discussion.)

The speakers in this video are involved in a mentoring initiative in the United States that aims, through art and 'talking' to support learners who are different thinkers. It is a wonderful example of how openness,…

The Concept of Purposeful Learning

Purposeful Learning Spaces in a Nutshell

We talk about MLE and ILEs but, time and time again the first things people jump to usually include (and in no particular order) ‘Massive space’, “Noise’, ‘Lots of people’, ‘Busy’, ‘Free-range Learning’ and the reality is that you can spout off research and examples etc until you are blue in the face but the end result is usually the same: the eyes of our audience would…

Phones in class - yes or no?

I like primary school teachers. Don't get me wrong. They are hardworking and love their jobs (in the main) and their students.
Although, -  they are a bit overloaded with "doing National…
Continue