The Meaninglessness of Students as Blank Slates

"Life is to be lived, not controlled; and humanity is won by continuing to play in face of certain defeat."
—Ralph Ellison, Invisible Man.

Within the boundaries of the education system there are a thousand purposes for its existence. Some people insist on the purpose of schools being to…

Student voice is any expression of any learner anywhere about anything related to education.

Student voice is present throughout schools all of the time. Its the sound of students sharing their life experiences during class and the passion of students speaking at school board meetings. Its the friendships in the school lunchroom and the noise of the playground. Its also the bullies bullying and students texting answers back-and-forth illicitly during a test. All of this is student…

RE: My beliefs as a teacher

Here is my response to my first blog posting about my beliefs in practice.

I am writing in reflection to my first practicum, which happened back in April. I am glad it took me this long to come back to my experience, because now, I can approach how I felt and what I learnt with a fresh outlook.

As I stated in my mission, I wanted to be able to reach my students in a way they could process information–link their education to what they were interested in. For the most…

Education reflection: what are my beliefs in teaching? What is my mission (thus far)

This entry I wrote at the beginning of my first practicum (my IPT). After the first, I will post my post-practicum response to my experience.

I’m including this little reflection from my EDSE327-Managing the Learning Environment Class. I know this belief (s) will change as I take more classes,…

Are you working with learners who are on the Autism Spectrum Disorder? Have a look at some of these Apps 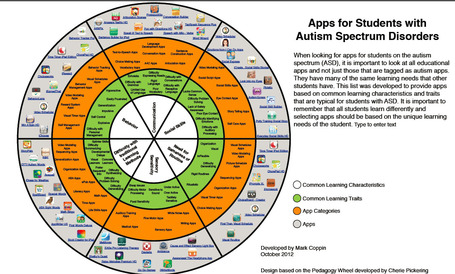 This is an interactive tool (and you can access it full size here: http://www.autismhandbook.org/images/4/4c/Appwheel.pdf. In the .pdf version, you can click on the links to the suggested Apps, which are arranged… I hadn't really appreciated what it must be like to be able to hear the audio and not hook into the visual context of videos, movies, and TV shows. The closest I come is the frustration when I am out running and listening to podcasts and the presenter on a TED Talk shows a graph or illustration that they don't describe, and yet it's central to their overall…

A Canadian in Aotearoa

Kia ora! My name is K.T. Bryski. I’m a Canadian author, but last year, I spent six months living and travelling in Aotearoa-New Zealand. It was unforgettable, not only because of the stunning landscape and wonderful people, but also for the incredible lessons this country taught me.

I’m a bit of a worrier. When faced with ambiguity or the unknown, I tend to panic and run through everything that could happen. Of course, these scenarios invariably…

Last week I hopped on a plane to Sydney to visit Sydney Centre for Innovative learning (SCIL) at Northern Beaches Christian School. I am interested in redesigning my classroom space and have received a grant from TSB through the ISEA to visit some schools. I have written about my experience here: http://modernlearningenvironments.blogspot.co.nz/

The BeLchick and her family have recently enjoyed 5 weeks holidays in Germany. It has been more than 16 years since I left Germany and 12 years since my last visit. Many things have happened in my life over these years that have formed my opinion esp. in regards to education. Yet Germany appears remarkably unchanged. All of this could do with thorough research, but this was not the point of our visit, so I am just sharing with you my expat wonderings.

New Zealand has its faults. The… Continue

In my blog I explain how to make a visual mihi using google maps.  I am thinking that it could be a way to encourage students to write in a cultural context.  Let me know what you think.

Here is my blog, cross-posted from http://royalhynesight.blogspot.co.nz/

There is some evidence to support the effectiveness of… Whenever we learn anything we are influenced by other people, as well as by our culture, our beliefs, experiences we’ve had, the understandings we’ve developed about the world and the way it works, and our current context. Every human being’s learning is therefore shaped by the people around them, even when they are not directly seeking to learn collaboratively. Language and the way…

Recently released by the Ministry of Education in New Zealand the following report (and infographic), make for some interesting reading. The foci for 2013 has been on aspects such as, 21st Century Learning and Digital Literacy, strengthening Boards of Trustees and parental involvement, strengthening the profession and its status, and raising achievement. Would be good to read your thoughts about the results reported here...anything surprising?

To see the following infographic…

What are the implications for learning in general?

I love receiving recommendations to check something out, whether they arrive by Twitter, my reader, word of mouth...etc. So, it was superb to receive the following video recommendation from John S. Oliver.

Something that jumped out at me was the finding that 'human beings'...there in…

Cross blogged from my own blog Hynessight, is this blog about this video.

Progress in education: Is it about developing competitive and open education markets? Or something more complex? I took a couple of sharp intakes of breath while reading this article (Schools are failing our children simply because they are technophobes, by Allister Heath, that was shared…

Inscribed Upon My Wrist: Emphasizing Effort to Empower Learning

I wear an identification tag on my wrist whenever I run. Should I meet misfortune while pounding the pavement, whoever finds me will have at least a few critical details, literally, at hand.

When I ordered this thick rubber band with its aluminum data tag, I had one line I could customize. My choice of “mantra” to inscribe: Give the effort. My wife jokes that it’s a not-very-subtle suggestion for the EMT’s who arrive on the scene. That wasn’t my intent (although maybe it’s…

For a lack of a better title, I am a professional advocate. I spend inordinate hours standing up for a cause that I believe in passionately. Sometimes those are billable hours, and often they're not. For the billable hours, I'm a conference speaker, professional development trainer, freelance writer, and program consultant for schools, government education agencies, and education-oriented nonprofit organizations across Canada and in the United States.

The topic I advocate for is…

I had the chance to trial a Leap Motion the other day, and jumped at the chance. The post below is a brief overview of my experiences. Leap motion is a gesture peripheral, which uses infrared sensors to track the movement of a user’s hands in (approximately) 30 cm of space above the device.