Which solution is best for you? 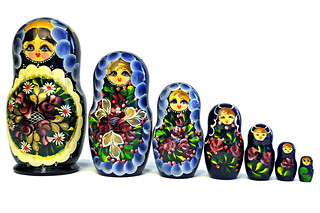 Everyone has times when they have two (or more) alternatives to choose from and are not sure how to make a choice that they feel they won’t regret later on. They may have already made a pros and cons list for each and tried to make a comparison, but still feel it isn’t clear which choice is likely to be best for them.

I work with the coachee to identify the key factors for them that would span both options, and these would be listed, then written into both wheels. The next step is to, for both options (i.e. both of the wheels), revisit all of the factors and mark them, on a scale of 1 to 10, how well they are represented in each option (Southern Institute of Technology (a), n.d.). As a final step the factors are evaluated and a colour used to represent any that the coachee identifies as ‘non-negotiable’. Those that the coachee doesn’t see as non-negotiable can then be framed at a level the coachee wouldn’t negotiate below.

Usually, it becomes really clear, based on the coachee’s values and beliefs, which of the options makes the most sense for them. Take for example, a coachee, Tui, who has been making really strong progress toward her goals, and has applied for and been offered two jobs. Both roles seem like dream jobs and appear to offer great opportunities for career progression. Tui is anxious to make the ‘best’ decision. Which to choose?

The first step I take to support Tui is to ask her to visualise what her ideal job and role look and feel like. After a moment or two I then ask her to state the most important factors for her. Tui pauses to think, and then identifies: professional development, collaborative workplace, autonomy, opportunities for progression, opportunities to assume management responsibilities, close to home or near public transport, has a cafeteria that has healthy eating options, and has a gym on the premises or nearby. I am taking notes while the Tui is talking so that she can focus on her thoughts rather than on writing them down. The notes are useful in the next step where I ask her to double check the list of criteria. She confirms that  it looks complete and these are the criteria she wants to use.

Using two blank coaching wheels I invite Tui to add in the criteria, and to place each section on the 1 to 10 scale. After she has completed that step, I then ask Tui how important the criteria are to her, and if there are any on which she might compromise. Having chosen ‘opportunities to assume management responsibilities, opportunities for progression, and a gym on the premises or nearby’ as her non-negotiables, she then colours these sections green. ‘Professional development, collaborative workplace, and autonomy’ she identifies are open for some negotiation and she colours these orange. The remaining ones she colours blue.

It is immediately clear to Tui and I, just by looking at the prevalence of green on one of the wheels, that this job is the job that will be the better fit according to Tui’s criteria. Tui is both relieved and delighted. She reveals that she had a gut feeling about the job that came out on top, and is pleased that she can make an informed decision that reflects her priorities. The job, she feels will stretch her, but she has the peace of mind that it will be in a way that will develop her strengths and move her in the direction she wants to go - and she is likely to get a bit fitter!

There is the option where there are more than two choices more than two wheels can be used, but this can become a bit cumbersome. Also, the approach with two or three wheels can be used when coaching a group. For instance, where a team have to decide between two or more ways forward, and feel as though they are talking in circles. The wheels can be a great way to focus discussions about team values and beliefs. They can also help to ‘depersonalise’ some of the priorities through the use of the visual representation, which clearly illustrates, in one place, the overall team’s criteria.

While it isn’t a watertight approach, using two coaching wheels as a tool to make comparisons does help ensure that the coachee is empowered to make a decision based on their strengths, values, and beliefs. This means that whichever one they choose is likely to be the ‘best’...for them.