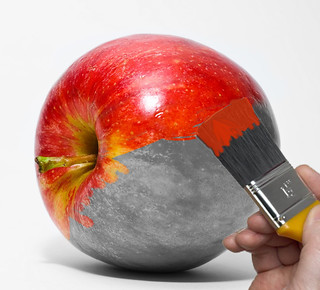 In the art of coaching there are many different approaches and definitions. However, at a basic level they all are either transactional (coaching for performance) and / or transformational (coaching for a change in awareness and understanding that can lead to improved performance). The two foci are strongly interrelated with the transactional often leading into the transformational depending, in part, on the coachee’s readiness for coaching as well as on their context. I will discuss this below while also providing an overview of some of the similarities, differences, and overlaps between transactional and transformational coaching.

Broadly, transactional coaching - the ‘how’ approach - is focussed on the readily apparent, current performance of the coachee and tends to focus on acquiring skills, knowledge and techniques. It relates mainly to a coachee achieving their desired goals. The emphasis is on professional change and is often based on models of effective behaviour with change occurring through cognitive development and action (Unsell, 2015). The coach, while remaining non-directive, may place an emphasis on structured sessions that help a coachee narrow their focus (Chittenden, 2012), set goals, self-identify measures for success, as well as the skills required to achieve those goals.

In organisations transactional coaching relationships tend to be short (around three to six months) with frequent sessions to support a coachee to reach short term milestones, while creating new habits and ways of thinking, including, possibly, an ability to coach themselves (autocoach) (Southern Institute of Technology, n.d.). This short duration can be effective in helping someone to develop within a specific domain of their work where a company is looking for a reasonably rapid return on investment (Chittenden, 2012). Psychologically quick wins are motivational for the coachee, and positive for other stakeholders.

Transformational coaching (the ‘who’ and ‘why’ approach) aims to raise a coachee’s self-awareness, as well as to recognise the reason(s) for, and to catalyse, change in order to improve not only the coachee’s professional performance, but also to positively impact the coachee’s sense of self and wellbeing. The transformational approach is a step beyond - but still includes - transactional coaching, and includes the use of similar techniques (Chittenden, 2012). The interrelatedness between transformational and transactional coaching might be envisaged as a cycle with interconnected nodes. As such, a coachee who has worked successfully in a transactional coaching relationship to achieve a positive outcome and has consequently experienced a boost to their confidence, may start to get a gut feeling that there is ‘something more’ (Southern Institute of Technology, n.d.). The positive experience tends to encourage the coachee to try again with the expectation that, even if it doesn’t work there will be valuable things to learn, and the likelihood of success is good.

A coachee who is working in a transformational coaching relationship needs to have a high readiness for coaching with a willingness to venture further. They are likely to move through a series of ‘stages of development’ during which they grow in “capacity to explore and understand … [themselves]  together with more and more perspectives and, as a result, an ability to deal with greater complexity” (Chittenden, 2012, Para 5). In other words, the coachee is able to deal with ambiguity, and take on board a range of perspectives, including those that may not align with their own values. As a result, they are likely to be able to make more balanced decisions. The associated shifts in attitude and behaviour positively impact their resiliency as well as their ability to identify creative ways forward - for themselves, and for the organisation or company - especially if they are in leadership positions.

The coach will work with a coachee to expand their focus (Chittenden, 2012), draw on the coachee’s experiences, encourage robust self-reflection, and dig deep into long-held values, motivations, and attitudes. Sessions will occur over a period of twelve or more months, every four to six weeks, and be free-flowing to enable the unpacking of insights and challenges as they arise.

In conclusion, whether a coaching approach is transactional or transformational (unless shaped by an organisation’s requirements) will necessarily be different - and in different proportions - with every coachee. The coach will need to ‘meet the coachee where they are at’. With every coachee the coach’s approach needs to be fluid, organic and responsive such that they can 'dance' with pretty much anyone in a way that supports them to ‘go where they are ready to go’.

Chittenden, C. (2015). What Is Ontological Coaching? Retrieved from http://www.talkingabout.com.au/TransactionOrTransformation