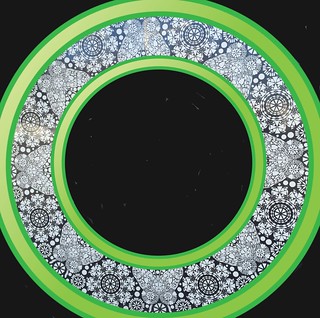 There is significant diversity in the fields of social work, ranging from child youth and family to general health to social policy development and analysis. Field education is the “signature pedagogy” of social work (CSWE, cited in Peterson, 2010). This way of learning involves collaboration with others in the field, with a shared goal.

There are also a number of 'moving parts' in the area of field education including an on site practitioner, the placement organisation, and the institute (including the fieldwork coordinator). Underpinning these are aspects such as placement quality, the student experience and so on. However, Craig Tunnicliffe and Peter Matthewson (Unitec) suggest that there hasn’t been much thinking done about the spaces in between.

The Field education liaison / coordinator role is the “single most important linkage between the class and the field” (Jenkins and Shefor, cited in Peterson, 2010). Craig indicates that this role has a history of being a secondary administrative role rather than an academic one, which has a number of risks associated. At Unitec, where Craig, and Peter work, fieldwork is coordinated by a team of 4 academic staff members. The idea is to both teach social work as well as support change that is currently way at Unitec. Previously, Peter advises, there were ad hoc attempts at relationship building with organisations dependent on staff personal contacts, and drive by the needs of the immediate placement student cohort. The students usually focussed on ‘how am I going to achieve my learning outcomes?’ rather than ‘what am I going to get out of this experience?’. Students were required to complete a lengthy assignment that the field educators were expected to read and grade. As such, there was a time and space disconnect.

Craig described that they have, since 2014, considered the challenges, and implemented changes. These changes have included the appointment of a dedicated administrator, and the construction of a living database. There have also been a number of changes to the student facing process, especially conversations about ‘fields of practice’. Mid-placement review is now done face-to-face, rather than by email, for nearly 200 students. The assessment has been reduced to two small written pieces. The major part of the (summative) assessment is a ‘structured conversation’, which involves the student, field educator and institute coordinator (with no formalised rubric, but with a well-structured format to the conversation). It enables a much more meaningful contribution from the field educator. Students were also able to contribute from ‘where they are at’. This meant that students who needed more support or guidance could be identified at the mid-point, and if they weren’t achieving the requirement of the course, it wouldn’t come as a surprise at the end of the course.

So far, Craig and Peter have reported that the move toward partnership (which is about sharing and jointly making decisions), that there is greater sharing, especially about the way things are done rather than the evenness of power, control and resources. Over the last couple of years they have moved into ‘cooperation’, although they are still a way from collaboration. Students are able to give back to the organisation, and the learning outcomes fall out of that … in this way they can give back in a form of increased reciprocity.