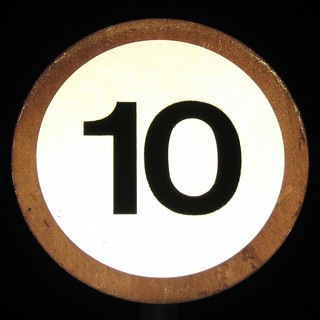 Most people will be familiar with the 1-10 scale … from surveys and polls for example, where the focus is abstract things such as opinions, beliefs and emotions rather than concrete things like the number of things we do and how many hours we take to do them. In other words, the 1-10 scale enables a person to make a subjective response, in a way that reflects how they think and feel - i.e. their own assessment. In a coaching context it enables the coachee to make an initial response and then discuss, in a solutions-focussed way, the strategies or other factors that may help them shift on the scale. It also enables them to compare their original response with their target state. The approach has the added benefit that it is easily understood and doesn’t require a lot of explanation.

As part of using the scale it is important to describe, based on the conversation up to that point, what the coachee’s ‘10’ might ‘look like’, as well as a brief description of their ‘1’. For instance: ‘On a scale of 1 to 10 where a 10 is your ideal outcome where you feel totally comfortable with achieving what you have stated in your goals, and a 1 is where you feel uncomfortable and don’t feel you will be able to achieve your goals…where would you place yourself?’

As a coach you can use the 1 to 10 scale as a way to help your coachee identify their commitment to go through with an action. If you ask ‘how committed are you to completing this action before we next meet?’, your coachee is likely to respond something like ‘very’. Compare this with asking ‘on a scale of 1 to 10, where 10 is you will definitely do it, and 1 is you almost definitely won’t do it, where would you place yourself?’. An 8 or more is likely to indicate that a question to see what would make it a 10 is likely to be useful. If the response is 7 or less it is probably worth spending more time working through some underlying issues that are creating barriers.

The 1 to 10 scale can also be used as a way to encourage a coachee to assess their position, explore it further, and then identify ways to move forward. Usually, a coachee will place themselves somewhere between the two extremes. A response of 5, for instance, could be followed up with a positively framed question such as ‘You have chosen 5 - what things are you contributing to the team that have led to you choosing a 5?’ And then ‘If you feel you are now at a 5 what other things can you do to move yourself to a 6?’

However, the scale should be used sparingly and sensitively in a way that appreciates what is best for the coachee at that moment, in their context (Wallis, 2013). Consider the following scenario - a coach is working with Abni. Abni has recently been promoted to team leader (one of her goals), and she is really pleased, but also a little apprehensive about whether she is going to live up to the role. As one of her goals she has identified that she wants to implement a new process that will support the team to be more collaborative.

The coach asks: On a scale of 1 to 10, Abni, how confident are you that this new process will bring about the results you are looking for?

The coach follows up with: Hmmm, so what would it take to increase your confidence in the effectiveness of the process to a 10?”

Wallis (2013) highlights some of the issues with this approach and some of the assumptions that are being made, including:

Compare the questions above with the following:

The coach asks: ‘Ok, Abni, in order for you to introduce this process to your team next week, what level of confidence do you think would be a score you can move forward with confidently?

The coach: ‘So, what do you think you need to do, or change, in order for you to move in the direction you want to go on this scale in terms of your level of confidence?’

In this second set of questions, the coachee remains empowered and in charge of the scale. She self-assesses and the coach supports her to consider if there are things she could do (i.e. realistic and achievable) to increase her confidence.

The 1 to 10 scale, when used appropriately, can be a powerful tool that offers a way to frame-up and ‘measure’ intangibles that can have a massive influence on our performance and wellbeing. The key is to use it sensitively and just frequently enough to make sure that it remains fresh and effective.