From dreamers to critics: Making sure everyone has a voice 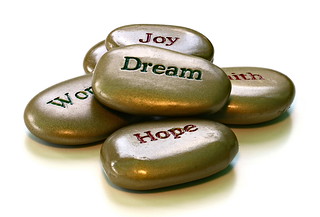 I sometimes work with coachees who will come up with a strategy, and then immediately add the tag “that won’t work because…”. This focus tends to result in some great ideas and strategies never getting off the ground as a result.

The Disney Strategy was developed by the Neuro Linguistic Programme (NLP) practitioner, Robert Dilts. Dilts based the strategy on the approach Walt Disney used with his creative teams to support them to develop ideas. The underpinning concept is that, even if a person has a way of thinking that they find most comfortable, any person can consider something from three different perspectives and switch between them. The approach can be used with individuals, or with small and large groups.

The reason the Disney Strategy works so well in situations where the person is their own worst critic of their ideas is because of the three separate modes: Dreamer, realist, and critic. The strategy, even when coachees are initially sceptical, is effective in part because it also acknowledges a coachee’s perceived barriers - but not until they have explored their initial ideas.

The Dreamer mode is where I encourage all the coachee’s new ideas - the focus here is purely on (positive) creative suggestions and on invention. The sky’s the limit! Barriers and issues have no place here because they are acknowledged in the next two modes.

In the Realist mode I encourage my coachee to consider how to make their ideas work in practice. This is the mode where ideas become detailed plans (with milestones and timelines) that are likely to work in the coachee’s context because it integrates complexities.

The final mode, the Critic gives space for the coachee to look for flaws in their ideas and to identify what might go wrong. This mode helps ensure that the coachee ‘audits’ their idea, registers risks, and considers mitigations; it is a way of keeping the best of an idea - maybe using it as a springboard for a second idea - at which point the coachee and I would work through all 3 modes again. Alternatively, possible big picture fixes could be taken back the the dreamer mode and other two modes again if an idea still holds merit but has some apparent issues.

I carefully facilitate each mode, clearly defining the associated ‘rules’ and describing the modes. Shifts from mode to mode can also be signalled by different coloured items of clothing if the approach feels comfortable.

In brief the Disney Strategy provides time and opportunities for an idea mature and develop because: