Flipping: Leigh shares some experiences from the coal face, as well as 'top tips' 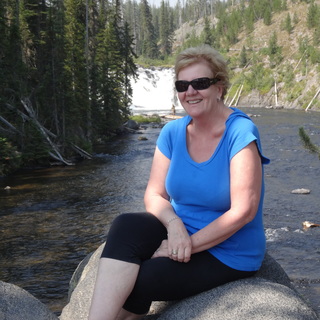 If you have an interest in Flipped classrooms - either as something you are already doing, are trialling, or are thinking about doing, then Leigh Hynes' webinar session today (3rd April 2013) is likely to be of interest. You can find the slides from Leigh's presentation online here, and a recording of the session here.

After a brief introduction, Leigh started by talking a little bit about her background, and why she decided to explore the whole notion of Flipped classrooms - which she became interested in in 2011. Both of the teachers who were the founders of Flipped classrooms live very close to her brother who lives in Colorado. Leigh was able to visit April Gunrath and her students on their first day of school for the year, at Discovery Canyon School. The whole of the English department at the school has flipped, along with other teachers (for example, a science teacher).

Some of the findings from her experience at the school have been captured by Leigh in a paper that she has written, and she has developed a Wordle to pull out some of the key words. Really interesting to see which ones 'jump out' - students, videos, and learning being the top 3.

To encourage participants to explore the notion of the importance of video a little further, Leigh introduced Wimp, which is a great site for recommending some of the best of the videos on the Web, with 5 new ones introduced every day. She suggests that this is a great way to build up your resources, and use them as a source of inspiration - for both you and the students. Benefits of videos included "I guess it allows the teacher to get out of the way" (Mark); "you can watch a video a million of times until you understand'" and "you can go back to a video when you feel like it" (Florence).

We were then encouraged to extend our thinking about some of the benefits of multimedia by watching two videos with the following questions in mind: What have you heard about flipped classroom? What is some vocabulary you have heard around the concept? What are some ideas you have about flipped classrooms? The two videos we were asked to go to watch 2 to 3 mins of were a lecture by Sal Khan, and a video that Leigh made. Mark asked a great question about the importance of video in the Flipped Classroom concept, and this helped lead into the next bit of the session.

Vicki pointed out that the difference between the two videos was that "The khan one was step by step with the board stuff where yours was like the teacher being there Leigh", at which point Leigh emphasised the importance of the teacher making videos before they start using the approach.

Flipping originally came from the notion of  flipping the position of homework with the classwork - and placing the student at the centre of the learning. Aaron Sams used video as part of this process. The power of video includes the viewer's ability to pause, rewind, stop and review. Leigh also gave a brief overview of Connectivism (a la George Siemens). Ramsey Musallam's definition of flipping reads: "Flipped Learning is the intentional removal of direct instruction from the community into the individual space".

There is a useful infographic that encapsulates some of the key points of flipped classrooms here. Leigh mentioned that one of the key things to note is that the videos are between 5 to 10 minutes. The point was made that "my experience of editing videos is that for every minute of video - there's at least an hour of preparation and shaping" (Mark), but Leigh reassured him saying that the mistakes and the 'roughness' are all part of the process. Vicki mentioned that she has "discovered a lovely programme called Knowmia that allows you to do the Khan style one on iPad".

Leigh talked about Flipping in the NZ context, which gave a really brief overview of a super post Leigh has written a super post here: Huripoki - Flipping New Zealand Style!

After providing some ideas around some useful software, the next step was for Leigh to provide an example of how she has used a Flipped approach with her students. Leigh follows Trevor Bond's model SAUCE. The videos fit beautifully into setting the scene i.e. what is this topic about? "It can also fit into the acquire the knowledge, and use the knowledge, if you get students to make their own videos  give the example of plant processes" Leigh started by showing a video about photosynthesis that she found on YouTube, which had 14 mistakes. She asked the NCEA Level 1 students in class to find the mistakes, then the students each had a plant process that they made a video about. "And they are very particular about not making mistakes, show the videos to the whole class all processes are then understood, post them on Moodle or your learning management system and hey presto you have the very important two concepts I spoke of earlier". Students worked in pairs to make a script, and then they used flip video players to video each other. Much of the value is in the conversations that you have after you have all watched the videos. Leigh felt that they learned things a lot better than if Leigh had 'just' told them, and had gone into the subject in greater depth. In terms of assessment this depth of understanding shone through - and the assessment achievement results supported that...especially for the male Maori students in the class. The achievement standards was at an exact par with the Pakeha students in the internal assessments, although this didn't follow through quite as well in the external assessments - but the students explained that this was because they weren't "good at exams".

There were some great examples from participants including: "have used similar with yr 7/ 8 students. Teacher puts up the how to and  success criteria on video and children use these to check own work. It works well when the tecaher is busy also the students can use the vidoes rather than wait for teacher" (Rick), and "At Intermediate level can use to look at math, Science, Scial Studies and English skills.  Have yet to try out fully but use them as the basis of the learning" (Vicki).

Toward the end of the session, Leigh shared two lovely resources: Flipped classroom resources collected in Diigo ; and the paper Leigh wrote about Flipped Classrooms.

This was a neat introduction to Flipped classrooms, and some of the questions from the participants.
Thank you especially to Leigh, as well as to everyone else who participated.