Collaborative use of ePortfolios 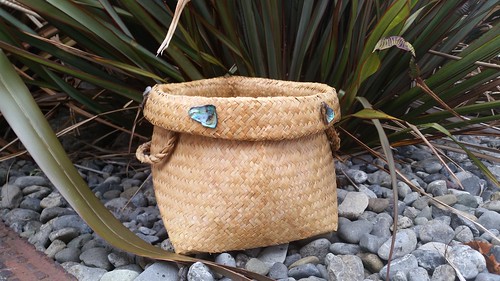 If we take an ePortfolio as a concept rather than a tool or piece of software, where the learner is in control of the process. Layer on top of this collaboration as a way of people working together to bring a range of skills, background and understandings to solve a particular problem. And then add an aspect of assessment of a range of evidence selected by the learners - and this is what Richard Edwards have been using with his students, who identify real world problems and using design work to identify solutions - for example, a baby being taught how to wash themselves can't keep hold of the soap and the washcloth. So the group made a little velcro strap with the soap and cloth together around the child's wrist.

Richard shares an initiative that uses collaborative ePortfolios with students who were "fresh out of High School". Group work is often seen as problematic when it comes to assessment, where the general perception is that everyone receiving the same grade may not be representative of the part that each group member undertook.

The high level of responsibility saw student rise to the challenge. Richard found that learning to use the technology did not intrude on the task. There was a preference for digital portfolio, and the review and decision making was underpinned by a high level of collaboration. Some groups nominated an 'expert' who collected and entered the data and everyone felt responsible for wha the individual was doing. Groups ranged from using Facebook, text messaging, phone calls etc to communicate - and all groups had a high level of communication. Also, the greater the collaboration correlated with greater learning and perceived importance of face-to-face communication.

There were no groups where someone dominated, or someone was a 'slacker', and everyone was committed to the group's success - and, because of the ePortfolio format, everyone could contribute. Success was defined as a grade that they were happy with, and all of the group members saw themselves as responsible for the overall group success. Richard wonders if this was because of the way that the relationship had been built prior to embarking on this particular project. Overall, Richard identified the following key factors: