"All I want is a Good Life"

At the end of the MAPS (Making Action Plans) session all the participants at the meeting, including the facilitators were asked to give a word or phrase to describe how they felt.  After every meeting people left feeling excited and positive. Included were phases such “as excited about the future”, “live the life he chooses” and “a good dream and good start.” In further discussions after the meeting some of the comments made by the participants were that it confirmed the student's strengths, encouraged everyone to be ambitious for the student’s future and they loved hearing the stories. The students reported that they felt good talking about their stories, sharing their dreams and hopes for the future. Some had obviously thought about the questions before the meeting which showed how important explaining the process to students individually and showing examples of past MAPS is, as it contributes to the students’ feelings of confidence.

The facilitators held a briefing after each meeting to talk about the process and it was felt that as the MAPS process got underway the participants started to feel more confident as they realised that the process was non-threatening. We discussed whether we should direct the students to be more realistic in their dreams and decided against this because we all have dreams and they need to discover for themselves, when working on some of the goals on the action plan, that they do not currently have the knowledge, skills or strengths to achieve that part of their dream. We all agreed that we had given the students a voice about their learning and what they want and needed to learn.

MAPS provided the structure to assist the student to creatively dream, plan and produce results that provided them with a vision for the future including immediate goals which helped determine their personal school curriculum. This gave them a sense of agency and control over their lives. This MAP is an evolving document that is referred back to, evaluated and changed as necessary on their secondary school journey. Our gift to them was the MAP itself which the student took home to share with friends and other members of their family. Some have since told me it hangs on their bedroom wall. 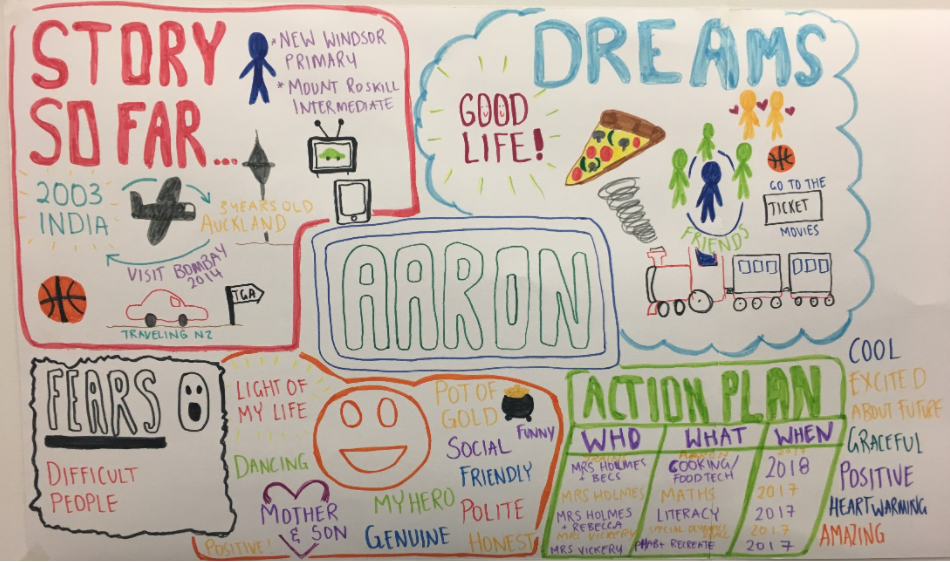 I find your posts inspirational Lorraine - thank you so much for sharing. I loved the fact that the facilitators decided not to guide students to be more realistic. A couple of quotes came to mind:

How wonderful that these students have a dream to follow, and can look on it every day...who knows what they might achieve! :D