Welcome to week six. What a huge week for the mailing list as we welcomed our 1000th educator.  This month has been a record for posts also, so thank you so much for you engagement and involvement.  With reports almost done for most of you, now could be a…

Towards an indigenous eLearning strategy: Critical considerations and implications

Digital storytelling competition for students around the globe: Feeding the Planet, Energy for life

It has been a quieter week on the mailing list.  Report writing seems to be consuming you all currently.  What a wonderful time to celebrate the learning journey of 2014 and begin to…

I've been challenged to think a lot about agency, or epistemic agency (and even shared epistemic agency) through my Knowledge Building Communities research over the last three years. I listen to the frustration that those who embrace future focused education and modern learning practices and pedagogies express, about those teachers who hold back, or for whatever reason don't engage.

It's a cyber-safety resource developed by an Australian company that I linked with in Tasmania....They have produced a number of…

Visual History of the Evolution of Communication Between Couples

I am coming to like infographics more and more each month. They communicate MUCH visually and QUICKLY.

I like this one because it deals with two of my favorite subjects HISTORY and COMMUNICATIONS.

Be sure to click on the middle of the graphic to cause it to enlarge: …

By teachers – for teachers sites: A new way of providing peer support and professional development?

Paul Keown has written about his personal experiences with, as well as his research into, virtual communities of practice (VCop). It makes great reading as Paul describes the various spaces that might be created and used in a VCoP, and the actual…

A slice of life in revisited: Teaching in Taldykorgan, Kazakhstan A quick note from Hazel first...this is a post that Peter first made in 2011. However, I feel that it's well worth visiting, as it offers a glimpse of a slice of life, and teaching, in Taldykorgan, Kazakhstan.

After finally getting the invite and finding time to sort out the application along with developing the implementation of new syllabus, getting to…

lf you are working with students who identify as Pasifika, you really need to watch this presentation from Manu Faaea-Semeatu. In it, Manu speaks about several key areas, including:

Check out Manu Faaea-Semeatu in this Movenote presentation speaking about…

Welcome to week five of term.  As you are completing your reports for the year I hope you are celebrating the role you play in the lives of your learners. I wonder if you are beginning to think of a teaching as inquiry focus for…

I read a blog today on …
Continue

Educators as Learners (a navel gazing post) - cross-blogged from thebelbird.blogspot.com

In my opinion, navel gazing is part of being a reflective practitioner. Over the last few months, a few pennies have been dropping for me, and I have decided I will share these 'aha' moments with you.

Teachers and teachers' aides: Activities to support students who are blind, deaf/blind or have low vision 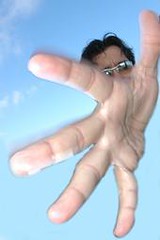 "The art of switching off: Surviving in a digitally demanding world"

It's getting far too long between blogposts. Too much time DOING and too little time given to REFLECTING; not enough sitting still and looking back on what has happened.
Don't get me wrong, it's not like I don't have things to write about. I constantly have a million blog posts swirling around in my head but usually they remain a title and a few opening sentences and never get to…
Continue

It’s spring, and to help pick up on the theme of growth and connectedness Dave Burton (from Potential Development) in this webinar (recording for the session;…

Death by meetings? Some interesting trends

As you go to yet another meeting, you might perhaps be wondering why. It may help you to know that you are not alone. The findings from a recent survey by LogMeIn, Inc. and Ovum suggests that not only has the number of meetings being called increased, the indication is that the meetings are perceived by participants as…