Cross-posted from teaching at the end of the earth.

Are you planning to flip your classroom?

Having done some reading and thinking around Flipped classrooms, I found this rather thought-provoking blog post by Jackie Gerstein entitled Flipped classroom full picture: An example lesson. Jackie quotes Harvard…

Email - a help or a hindrance at work?

Arriving, somewhat ironically perhaps,  via email Jedd Bartlett's recommendation "The Impact of E-mail Communication on Organizational Life" highlighted many of those tendencies about…

As educators, we have a “moral and ethical obligation to … model use of digital media in a socially responsible way, and maintain a participatory and inclusive attitude in pedagogy and in learning environment design” (Alam & McLoughlin, 2010).

Mobile learning in the classroom...sound odd to you?

The iPad on a table in the Apple case (Photo credit: … 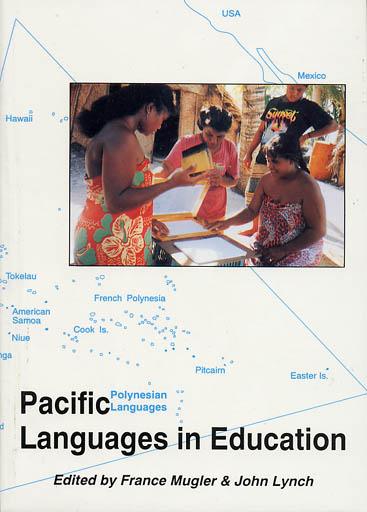 I would like to thank Diana Ayling, who put together these suggestions and links to resources (the original from which the below has been adapted can be accessed …

Consider These Inspirations and Helps

Please go to my Pinterest Boards for Moms.
I hope you enjoy them.
Maybe you will follow.

She had been a chain smoker.
She died of emphaszema.

So I celebrate ALL mothers and motherhood.
The holiday is Mothers' Day for me instead of Mother's Day.

LONG after the holiday is past as a mom you will needs a boost.

I hope you will bookmark these Pinterest Boards to help you.

A Learning Journey at an End or Just Passing By

Learning is always ongoing and this one included. Using the analogy of 'the Tidal Movement of the Manukau Harbour', I am left with the tidal shifts and the uneasy feeling of feeling empty. As is the case with the weather at the moment, the Harbour has become a battering ram for the many vessels which frequent its waters. The crisp, chilly air which comes off the brisk water, the birdlife leaving it with a certain silence, nothing more than the lashing of the water upon the rocks at the…

To have no knowledge of indigenous peoples and values of cultural responsiveness - Does this show ignorance or learned behaviours which have shown disparity amongst cultures? It is true that culture does not limit you to race and/or ethnicity but it does promote 'a sense of belonging'. In this day and age, the idea of belonging certainly helps achieve closure and enables gaps to be mended.

Having grown up in the melting…

As defined by Wikipedia it has been a rollercoaster ride;
"a roller coaster consists of a track that rises in designed patterns, sometimes with one or more inversions (such as vertical loops) that briefly turn the rider upside down. The cars on a typical roller coaster are not self-powered. Instead, a standard full circuit coaster is pulled up with a chain or cable along the lift hill to the first peak of the coaster…

Legal Context and Digital Identities in a Primary School

As is the case in many schools, the expectation to have policies and guidelines, which aligns with the ethos of the school has come about with the introduction of eLearning in schools. Digital citizenship was implemented in our school as part of our ICT cluster contract which begun in 2009. In a vastly growing environment, we were unable to directly advance upon these without the help of eLearning facilitators from across the country. There we created a policy around the use of the…

Evaluations of the Cultural Responsiveness in Practice

In our learning community, having Indigenous Knowledge and creating Culturally Responsive Practice is top priority in all areas of learning.

Our school is a Decile 1 School and the make up of our cultural diversity determines how and why we do what we need to do to enable high expectations for our students. Our Pasifika students make up 66% of our school population with a variation of students being from ESL (English as a Second Language) backgrounds to NZ born backgrounds. However,…

According to Colleste (2012), Applied Ethics is; "the art or science of reflecting on moral dilemmas and moral issues in different social contexts." (Colleste, 2012, p.18).  Similarly enough though he mentions James Childress' definition of Applied Practice as being; "the terms "applied ethics" and "practical ethics" are used interchangeably to indicate the application of ethics to special arenas of human activity." (Childress 1986 in Colleste, 2012, p.…

Why are we still measuring virtual learning experiences against face-to-face? Have you ever had an ethical dilemma where you had to address it according to either a code of practice or a code of ethical principles?

Similarly enough, I have had a couple of incidences which have occurred but one stands out as it impacts on sharing like experiences with students in order to share learning with them about moral obligations and our reasons of having Codes of Behaviour in our school environment.

Social Media would have to be one of the most frustrating…

“To know me is to love me” is a saying which I would use as a way to remind us as, kaiako (educators) of the impact we have on akonga (learners) and learning.  The analogy would be to understand where relational trust would come into the learning and how we can ensure to set the expectations of achievement.

Relationships have a huge impact on student learning. However, to get to the point of this post would allow me to discuss impact of the Code of Ethics Principles of Registered…

Evaluations of the cultural responsiveness in practice.

Cultural responsiveness is a relationship based approach which allows for culturally appropriate responses to diverse communities based on a range of factors:

What do you think is the teacher's worst enemy? A convenient untruth

Learning styles have been under the spotlight for the last few years (see for example,…

The criteria for quality teaching in New Zealand is best described by the Practising Teacher Criteria. This criteria and indicators should be viewed as interdependent and overlapping.

The four Overarching statements are:
"1. Teachers play a critical role in enabling the educational achievement of all ākonga/ learners.
2. The Treaty of Waitangi extends equal status and rights to Māori and Pākehā. This places a particular responsibility on all…

With the introduction of Social Media in our environment, Professional Development has been easier to access. There has also been more of an opportunity to share and reflect thoughts of learning with the use of blogging.

There are several ways in which I have been able to share ideas and learning across several portals using the blogging scenarios. The use of the Virtual Professional Learning Development Site has allowed me to discuss or offer…