Learning in a blended learning environment: What a student might do...

Following on from previous scenarios I have shared, this one is based on a hypothetical student called Nadif. It briefly follows his progress through a blended learning, English Language Learning programme.…

Over three semesters screen casts were successfully used with Elementary English language learners for writing feedback and peer learning. As a result, accuracy improved and students were more engaged in redrafting. Amongst improvements noted were all the students started passing their final writing assessments. Screen casts…

Digital Literacy and online tools for learning – the Scenario of Susie

This is a mindmap and hypothetical scenario that tells the story of Susie and her use of online tools to conduct research for her assignments. The mindmap: Susie Online…

A confession, a smartphone, and a te reo Māori Language App

A confession...a few years ago I bought my first smartphone (Samsung Galaxy), and I have found it really useful. I must admit, until the point where I had my very own smartphone...and for probably the first couple of weeks while I shifted my mindset, I couldn't see what all the fuss…

Change at the speed of...so, who has got it right?

There is, perhaps, a perception that change is happening at great speed. However, some of the big institutions (e.g. education, health) appear to be positively glacial with the rate they are responding to change, and what is more, there seems to be quite a bit of opposition to such change. This was brought home in a post shared by …

Why do we need gender diversity in the workplace? 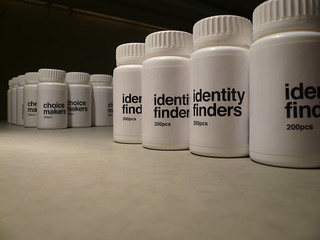 There is no doubt that diversity in the workplace is beneficial. However, it is important to avoid generalisations, especially when referring to gender (Medland, 2012). Lynda Gratton (director of the Centre for Women in Business at London Business School), for example, observes that “there is no substantive difference between men and women at work. Some people are highly caring and…

What can Business leaders learn from our Olympians ? It’s been a big sporting month. It has been amazing to watch so many young, talented Kiwis triumph at the London Olympics; and even better to see that success galvanize the whole country into a mood of pride and celebration.

Ask any of our returning Olympians what has contributed to their success and the answers will almost certainly be a mixture of passion, drive, commitment, hard…

How far back does ICT-style identity construction go? Eons, perhaps...

This is a post that was written by the wonderful Ed Flagg before he passed away. His recommendation remains valuable as do the questions he poses, so I am sharing it again - hope you enjoy. Hazel

Here is an interesting excerpt from an interview with Melvin Konner, a professor in the departments of anthropology and of neuroscience and behavioral biology at Emory University, USA. His latest book,…

Could competency based learning form the basis for reform in higher education?

Richard Elliott in his eLearning Watch for June (which you can subscribe to here), had a great range of links to resources, ideas, and events. One that I particularly enjoyed was his recommendation to try the blog, Online learning insights: A Blog about Open and Online Education, written by Debbie…

Who am I? What am I? What makes me who and what I am? How much of who or what we are is determined by our genes, how much by the way we are brought up? How do we change over time? Which part of us is our culture, which is our ethnicity, our citizenship?

When you type 'identity' into wikipedia, you get loads of choices as they say Identity may refer to:
Continue

(Why) Do You Engage at Work?

It's a good question. (Why) do you engage at work? What is it that motivates you to get out of bed every morning and get going? Ed Flagg shares the following post from Science Daily asking us to

Reflect for moment, if you will, about the reason(s) you engage at work…

Values Change over Time and through Space

I apologise to my readers for the long break in posts!

But here I am back again!

There is a very interesting event going on at the moment. This is the What Next programme hosted by Nigel Latta and John Campbell on TV1. I hope many teachers and classes are watching this programme and taking…

Should we be aiming for our Learning Management Systems to be 'next gen'? 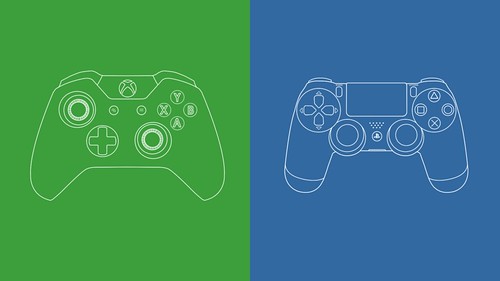 A while back I read a blog post by Tom Vander Ark entitled "Why Aren't There Any Next Gen Learning Platforms?". Something that …

The Evolution of Classroom Technology

Classrooms have come a long way. There’s been an exponential growth in educational technology advancement over the past few years. From overhead projectors to iPads, it’s important to understand not only what’s coming next but also where it all started.

We’ve certainly come a long way but some things seem hauntingly similar to many years ago. For example, Thomas Edison said in 1925 that “books will soon be obsolete in schools. Scholars will soon be instructed through the eye.” I’m… Image via Wikipedia
Mason Durie shares a little bit of history around around flexible and distance education in Aotearoa NZ, looking back to 1922 at Te Aho o te… Continue

With 4 generations in the workforce, who can you expect to be working with? 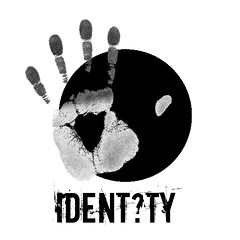 Before describing the four generations that may be present in today’s workplace, it is important to identify a couple of caveats around generational cohort research. Parry and Urwin (2011) indicate that there is a tendency toward ‘snapshot’ research rather than longitudinal studies of individuals or cohorts. Also, the research design often does not…

Things to watch - has much changed in education since 2010? Back in 2010, on the final day of the DEANZ conference, Derek Wenmoth started a discussion (that included the audience :-) around things to watch for: I'd like to…