Understanding the reasons academics use - and don't use - endorsed learning technologies

Kia ora - here is a 5 minute EDtalks video of me talking about what it takes to collaborate effectively: Collaboration: beyond sharing

Collaboration beyond sharing from…

Agency: What does it really mean

About 2 months ago, I attended a hui in Auckland, with a very articulate speaker who looked at the term agency (from a non- educational perspective) and once again it got my rusty brain cogs whirling. We hear the term 'agency' all the time in school- say our children have a voice, yes they have agency.....but do we as professionals really know what it means?

Is there such a thing as a career in digital journalism?

This may be a bit off topic, not a lot to do with education, but relevant to the digital age and also to the way we receive information, particularly news. Having studied journalism and public relations this is a subject I find quite interesting. I had thought for a very long time that journalism was the career path I wanted to follow, but after multiple discussions with people who had worked in the field for a long time I decided that majoring in public relations was the way of the future,… These materials can be used in many settings like the following:

These could work in SOME classroom settings.

Here is a scientist that calls human reproduction divine and miraculous because of the design and math.… 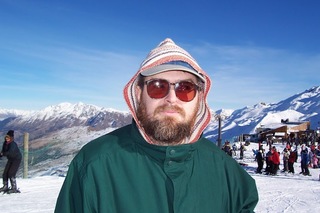 The author, surveying a new land

In August 2008, Ed came to work in Auckland and found myself amongst several new colleagues, one of whom was, well, let's just call her Hazel.

She introduced me to this new, odd-sounding model of…

Belonging, becoming and being: First-year apprentices' experiences in the workplace

If you have not heard of Selena Chan and the work she is doing in the Vocational Education and Training sector - especially around the use of mobile learning - then this report is a must:…

How can equitable learning opportunities be provided when students don't have Internet at home?

The question was posed in 2012, have things changed much three years later? What do you reckon? Please jump in with observations below.

The final sentence of this article raises a number of questions - in particular around creative strategies that look at whole community solutions, rather than mainly focussing on individual students for example....what are your thoughts?…

The LMS as a mixing panel for social learning Joyce first published this post a couple of years ago, but it still remains incredibly relevant! Would be great to have your thoughts and ideas, so please jump into the comments below. Thanks - Hazel :)

I have a hard truth to share with you. Our learning management systems are letting us down. They are not getting the job done.

Deborah Wansborough, New Zealand Teachers Council, talks with Sharon Feiman-Nemser (Brandeis University, Massachusetts). They explore Professor Feiman-Nemser's research and expertise on educative mentoring and the ways in which mentors and teachers can work productively together.

One of the key points Sharon makes is that "mentoring can be an important influence on helping people learn well from experience".…

Well I knew there had to be a way of repeating a blog post from my blog without doing the long winded arrangement Hazel and I worked out.  There is.  It just took some playing around with locating the insides of Blogger and its RSS Feed and then finding a way to link that on this site.

Reflections on the Use of Iterative, Agile and Collaborative Approaches for Blended Flipped Learning Development 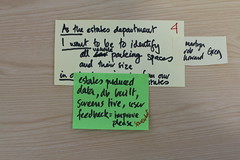 Nic Dunham and I have just had a paper published, which highlights some of the key findings around a project in which we are both working. We were exploring agile (as opposed to monolithic) approaches to development in a large-scale shift across to blended flipped learning.…

Distributed leadership for integration of information and communication technology

My thoughts on how our changing world requires change to education - cross-blogged from thebelbird.blogspot.com

I often marvel at how the world has changed... Here I am, in Brisbane, working, while I watch the Twitter stream from #gafesummit in…

Teacher engagement in a Web 2.0 world: Developing your online teaching and learning Community of Practice

Ed Flagg and Diana Ayling have spoken a lot about the background behind the setting up a community of practice - in particular with practitioners at Unitec in NZ. As Ed has said - it was 3 years work in 10 minutes. The Community was established online in Ning, based in part on the ICTELT model.

The Community is vibrant and lively with over 13,000 views per year. What Ed and Diana…