A reminder to take a breather from time to time

Following on from the earlier blog: http://www.ethosconsultancynz.com/profiles/blogs/work-taking-over-your-life-try-some-of-these-strategies

This is a great video from bio chemist and nutritionist Dr. Libby Weaver. Dr. Weaver has coined the term "rushing women's syndrome - the title of one of her books, here she explains how women today are affected by trying to find…

I have a huge passion for learning and teaching in rural Northland - this is the only place I have ever taught, so I claim no expertise for learning and teaching in urban areas. One of the beauties and the challenges of working in rural schools is the distance from cities, but with this comes a lack of access to some of the provisions that schools in urban centres enjoy.

Working in a PLD programme that is running from year to year, one of my major foci is how to both…

A few years ago I started my Communication Arts Program seminar class as I often do with an article plucked from the day’s paper.  I expected that “Fifty Percent of Recent College Grads are Unemployed or Underemployed” would get my class of juniors up for at least a couple days of heated dialogue and questioning.  Most of them had been on the college track since conception.  Two months later, we couldn’t stop talking about the article and its implications.  College cost, college utility,…

Pay it forward: Benefits of attribution and sharing of online resources

Anyone who knows and/or who has worked with me knows that I am really focussed on ensuring that resources (multimedia and text) are only used when the author or creator has indicated it is OK to do so, and then with attribution...to the point that I am probably really annoying! :-) We all are familiar with the four competencies of the teacher’s practice, and that we should develop our practice so that we are creating the best opportunities for learners to become engaged and then successful in their practice of…

Socialising the learning and opening up the world: Learn Now 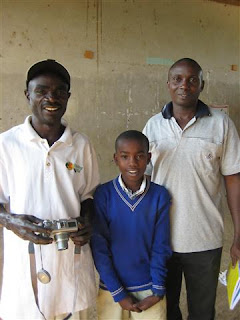 Socialised learning is alive and well for him. He just doesn't know it - yet. But in tuning into the soc…
Continue

It's always great to share the success of members of this community, so I would like to share the following news from Ramon Eixarch, whose company develops software tools for STEM learning, in particular mathematics, for a variety of different language speakers.

For over a year, I have been filming my teaching and keeping blogs for my classes. This journey started after hearing Kevin Honeycutt speak (and going to one of his workshops) at ULearn12. It took me a few months to get a routine that works for how I teach and to complement how I like to run my classroom/lessons, but it has now become part of my modus operandi.

Blended learning case studies: Providing a better understanding of the issues as well as the benefits While blended learning** has been around for a while now, it is often the benefits*** that are focussed on rather than some of the issues (that may include a possible increased workload for facilitators, technological problems, and poor communication - Garrison & Vaughan, 2007) that providers of blended learning need to be…

Mapping the way ahead: Nigel Bailey on inspiring learners Nigel Bailey, originally from the UK where he used to tramp the hills of Derbyshire and the Lake District, was inspired by the landscape surrounding him to study and teach geography. Still a student himself, Nigel is a strong believer in lifelong learning and inquiry, and is currently studying a social networking / Web 2.0 paper with Canterbury. Work taking over your life? Try some of these strategies... Finding balance between life and work is an ongoing challenge for most people. Today's webinar (facilitated by Dave Burton, Heather Eccles, and Vicki Hagenaars) was designed to provide some tools and practical suggestions for thinking about how we can…

Current models of Professional Learning and Development (PLD) provision are being evaluated. As a result, one of the mainstays of education intuitions, the generic workshop, has been identified as having number of fundamental flaws. Hand-in-hand with this is the request by teachers for increased PLD to help them with eLearning projects. The Virtual Professional Learning and Development…

Looking Outside the Box

A few weeks ago I gave a talk at a Human Resources social circle hosted by NZLEAD. When I was first asked me to present at the event I said, "but I don't know anything about HR."

"Exactly," the director replied, "what I want you to do is talk about your experiences in education and let HR professionals make connections in their own context." 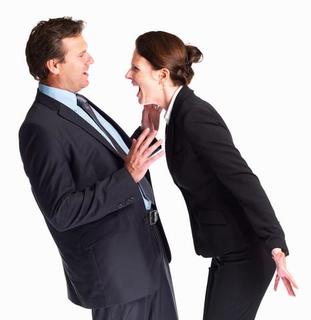 This word ‘toxic’ is being bandied around a lot and used to describe people or systems that are challenging for various reasons.  It appears to be almost commonplace in the academic, health, and…

Listening to Student Voice: Thinking about ways of improving education

In this Slidecast Nick Rate gives a brief…

This survey was recommended by Tamara Bell via my own PLN (who in turn says "Thanks Dee Reid & Linda Brown for stumbling onto this and on-sharing!"). Tamara explained that it's:

A survey tool, developed by NYC Department of Education to support you to
inquire into:…

It's bigger on the inside: An opportunity to find out more about inquiry learning If you have not seen Lane Clark in action at a conference or via You Tube, you may well have caught her post last year (A puddle. A pond. A lake. An ocean). Lane is undoubtedly one of the thought-leaders in inquiry learning, so I was keen to share that she is…
Continue

Are you thinking of adding Facebook to your Web 2.0 tools?

As a teacher, coach or manager, you are probably wondering whether the world's biggest social networking service may be of use to you.   The big advantage of Facebook is that is easily takes an offline community to online.  The flexibility of…